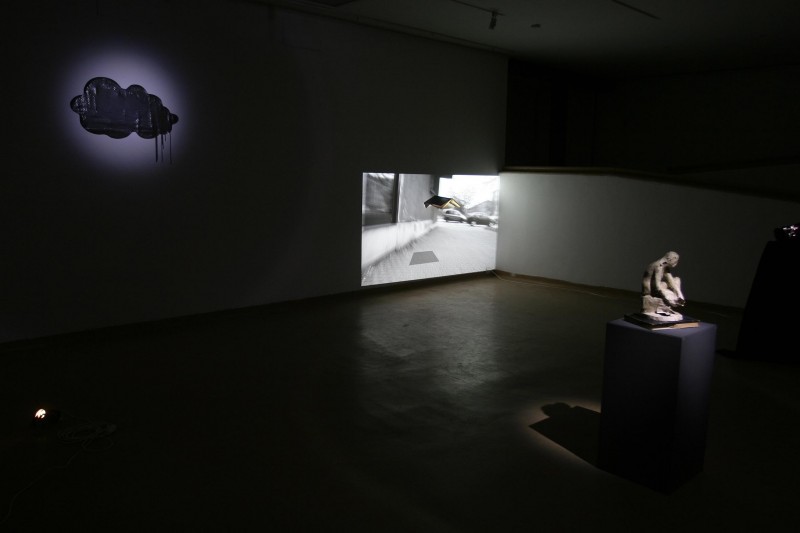 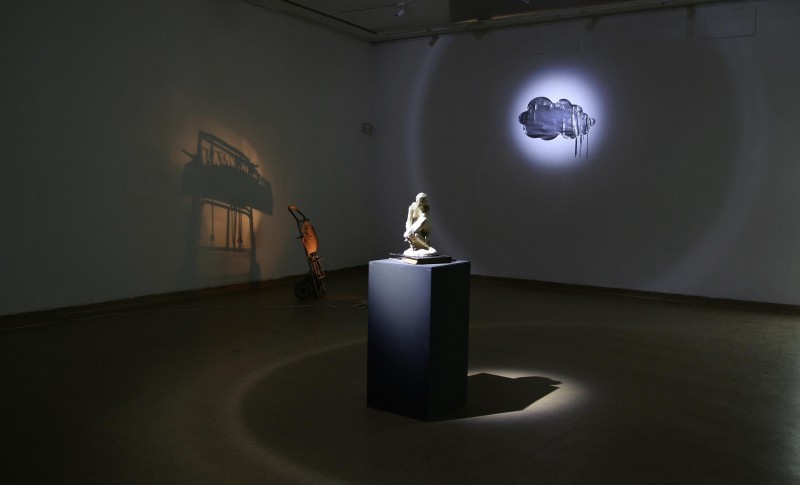 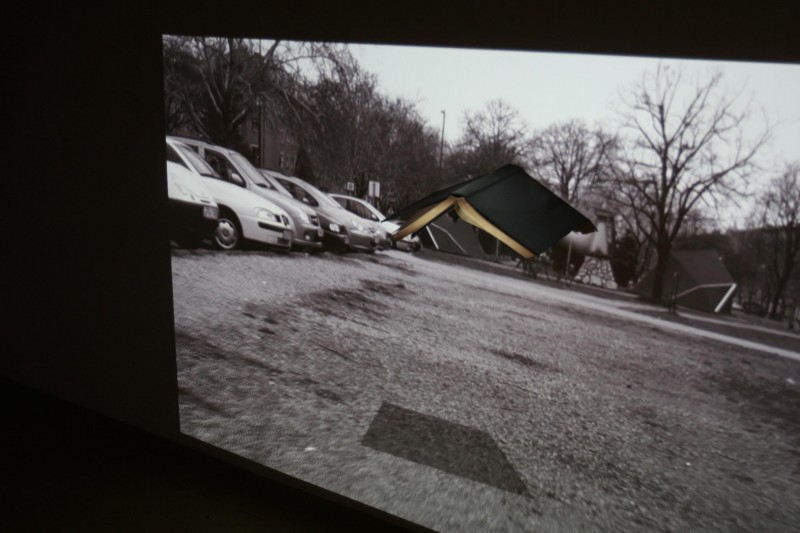 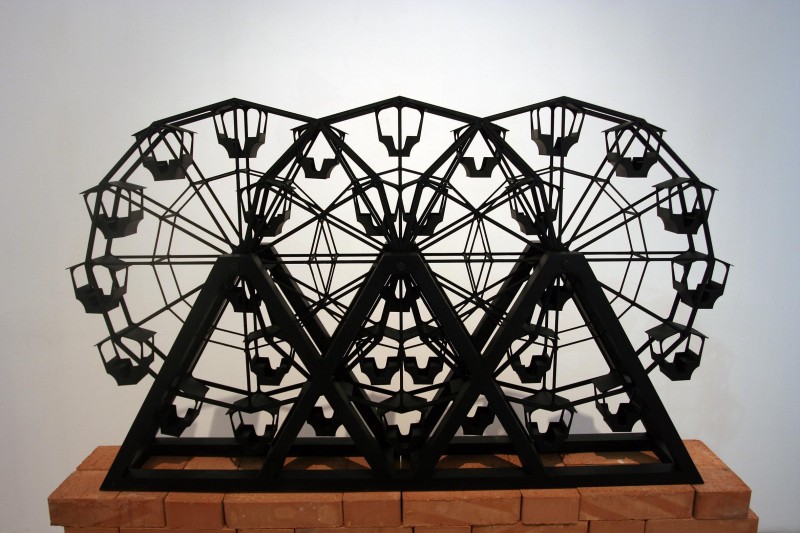 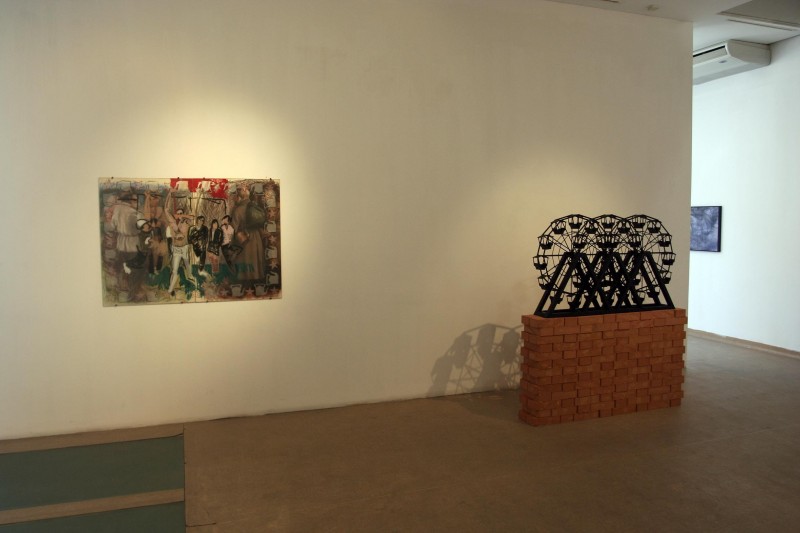 "Let's take, for example, Albatross, an installation with a video-projection on the wall, in which we can see the camera moving in a characterless, 1970s housing estate. In the middle there's a still, opened book, installed on the wall. A motionless albatross flying in the moving space. The past is also evoked by the thousands of bans, which, through their arrangement by colors form a rainbow on the wall. But, as Gyula Várnai is a Dunaújváros artist, there are artworks in the show with strongly local interest. For example the object which triples the old Ferreis wheel of the Dunaújváros amusement park, which, with its twelwe cabines resembles of a clock dial (yes, time, again). The three wheels are joined, but instead of helping each other by linking as cog wheels, they hold by tightening each other. Time stops itself. Elsewhere the Ferris wheel turns up shaped out of rubber, completely crumpled. Next to this piece a social realist style poster advertises a Dunaújváros exhibition - again generating present attention to an event in the past. And there is a picture, a copy of one frame from a filmstrip, where onetime pioneers (probably from Dunaújváros, or rather from Stalin-city) gesticulate ardently, furthermore there is one strange installation: a paraphrase of the Bather sculpture by Zsigmond Kisfaludi Stróbl formed out of the pages of an 1949 collection of the laws and ordinances of the Council of Ministers, having sitted on the thick volume of the collection." (citation from a review written by Zoltán Trencsényi, published in Népszabadság)