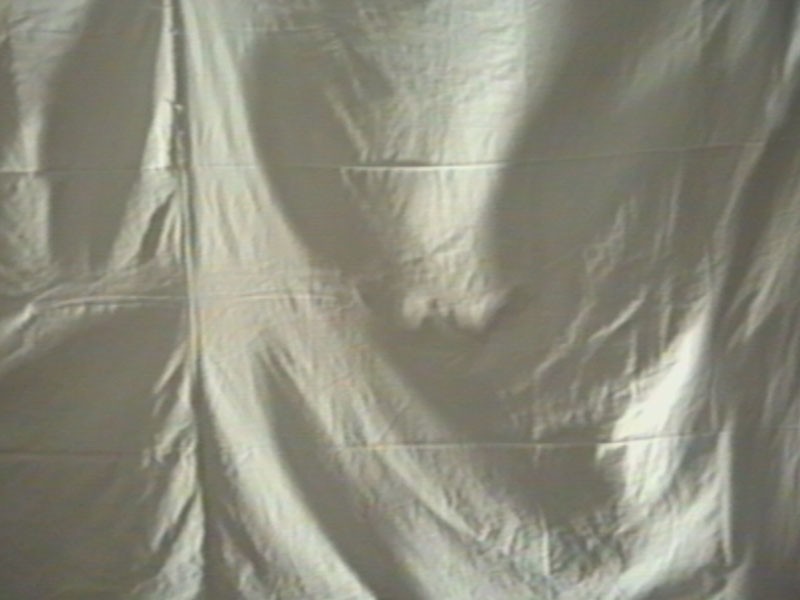 video installation (electric fan, drapery, video projector), Collegium Hungaricum / Haus Ungarn, Berlin (D), 2001
An attempt to produce a “vision interference” between a real phenomenon and its projected image:
Phase 1: Documenting on film the undulation of a white canvas, which is illuminated by a grazing
light and disturbed by the airf low from the fan.
Phase 2: Projecting this film on the canvas as a screen. Now the projector is the source of light, while the canvas is
still rippled by the airf low of the fan. The (projected) image (and the motion) thus interferes with itself: reality interferes
with imaged reality. Yet even this is but an illusion: “the canvas is real, the projected images is illusory, which means
the interference too is only an illusion”.