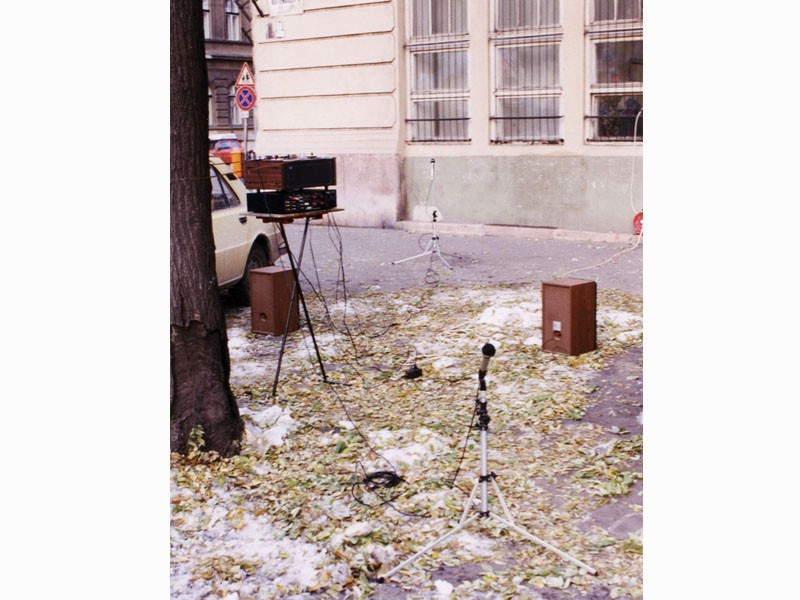 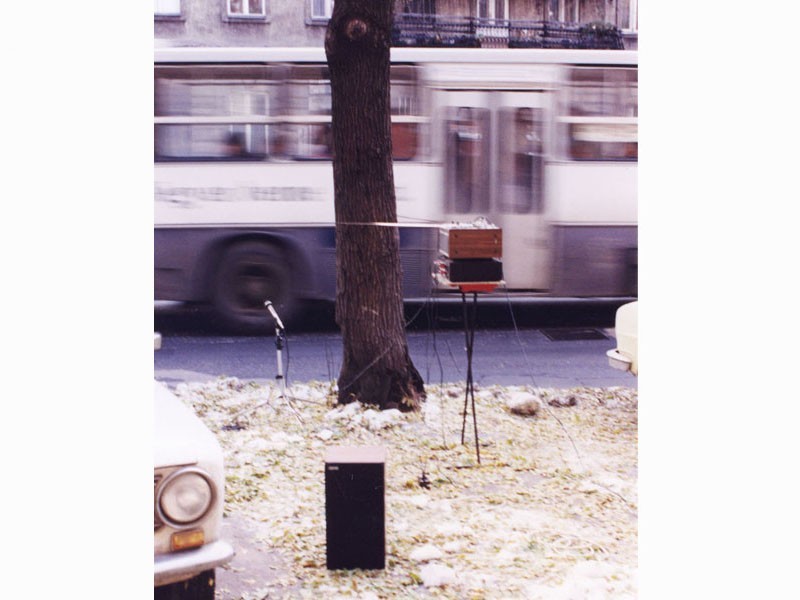 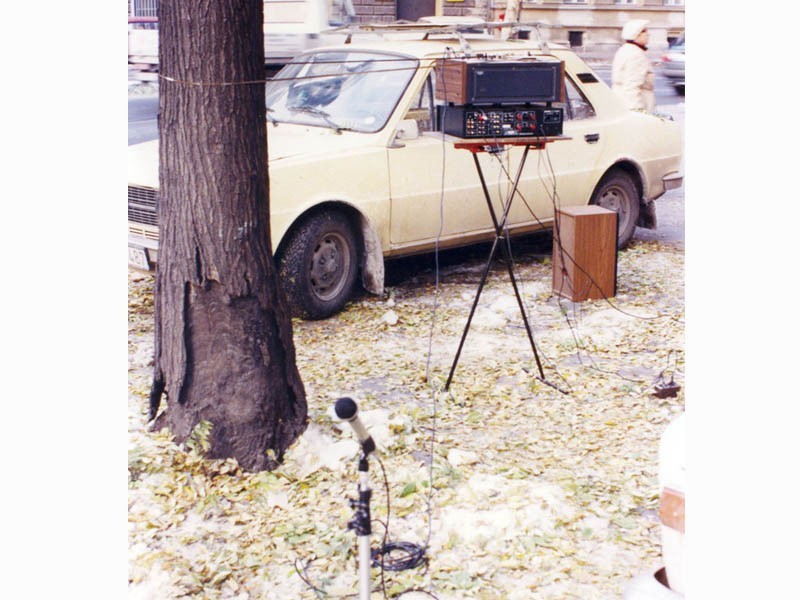 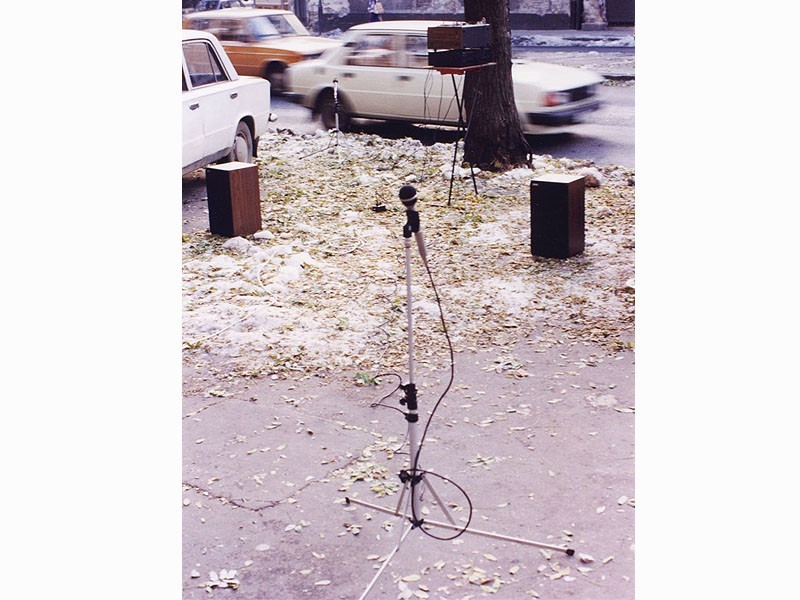 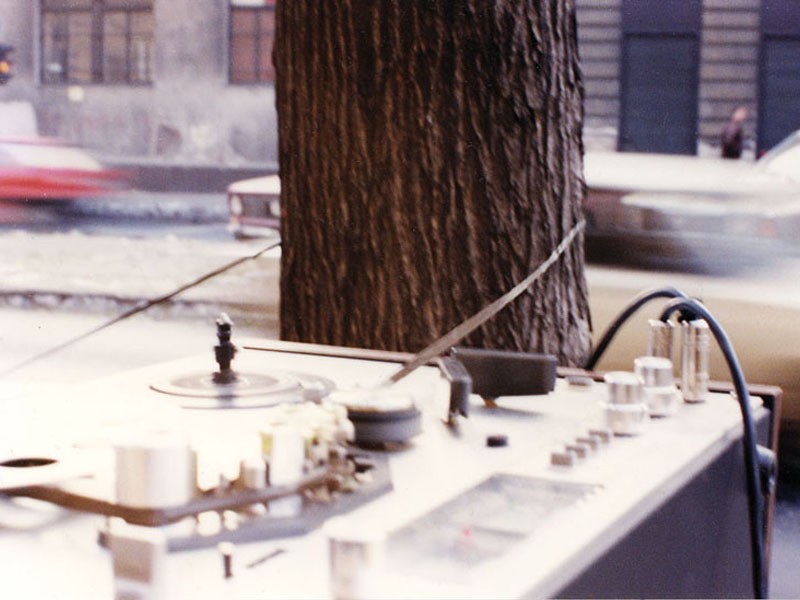 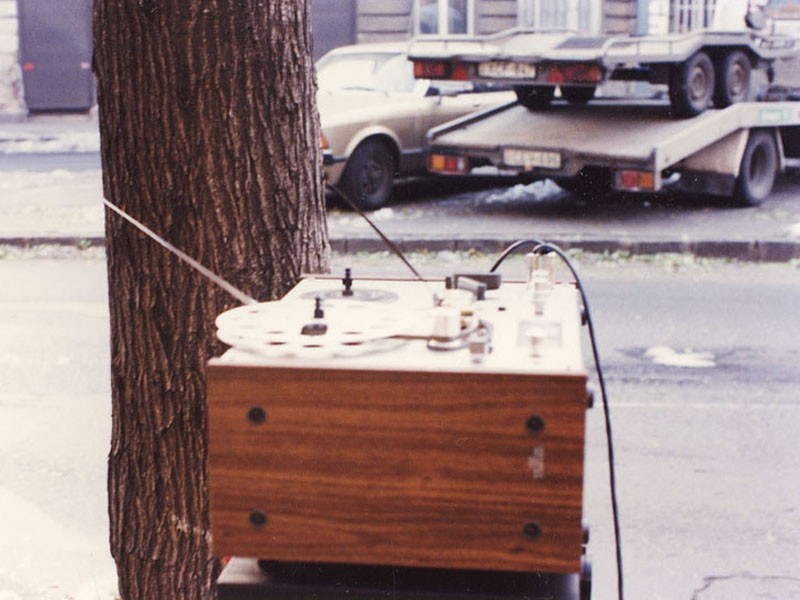 Description:
I placed the tape recorder, on a stand, next to a tree in the street, and I placed the two microphones
on the pavement, as far from each other as possible. The device recorded the noises and sonic events of the street.
I looped the tape of the recorder in a way that it also encircled the trunk of the tree, and I covered the erasing head of
the recorder with aluminium foil. This, in theory, enabled the instrument to record and store an infinite amount of
sonic information. The amplifier and the speakers facilitated the monitoring of the event.

The plot thus has three “characters”:
1. the recording device, an experiment at freezing time
2. the wisteria tree, which works against the device, wearing off the recording surface of the tape until it vanishes, and
3. the sonic events of the street.

The event ended when the device went silent, which is to say when the past became
irreproducible and the future undocumentable.